The legendary Las Vegas Lemon Skunk, a sativa hybrid that’s neon green color and flashy aroma is worthy enough to sport the Las Vegas name. This powerful variety of Skunk is known for its lemon citrus twist that it adds to the skunk flavor profile. Though the direct lineage is a bit foggy, it’s believed to be either a phenotype of Skunk #1 or Skunk #1 F2 pheno. Reaching its peak of popularity over a decade ago, this strain is still sought after by breeders and medical patients alike due to its beneficial traits.

In the garden, Las Vegas Lemon Skunk has just a touch more sativa influence that lends to more internodal stretching making trellis or staking a must. This strain is known to develop massive top colas and pretty decent yields. If grown indoors a carbon filter might be needed to keep the pungent skunk odor down, especially around weeks 5 to 8 of flower.

The large neon green buds have an instant appeal for most cannabis connoisseurs. Once properly dried and cured, the nugs have a hefty density about them that lends to a thick yet smooth smoke. The smell is unmistakably skunky with a citrus twist, so loud and pungent that you can smell the bag your friend has in their pocket from the other room. This heavy skunk aroma is caused not by terpenes but by volatile sulfur compounds or VSCs that this strain produces, the same compounds used by actual skunks in their defensive odorus spray.

Perfect for the consumer looking for a heavily felt, intense body effects and dazed head high. Lots of connoisseurs seek out this strain due to its slightly energizing effect, possibly caused by the terpene limonene that constitutes its subtly citrus flavor. Overpowering and right up front though, is the dank, funky, dirty earth musk that lays on the palette so thick it literally stains your tastebuds for hours.  We like smoking this one in the afternoon with a few friends and snacks by our side.

A true American legendary cannabis strain Las Vegas Lemon Skunk, this old school strain is becoming harder to come by. Some dispensaries might have the real deal, but be warned that knockoffs abound. If it doesn’t make your nose scrunch at the first smell it’s probably not the real deal. Finding true Las Vegas Lemon Skunk at a dispensary would be a rare find and a special treat — so grab it if you see it. 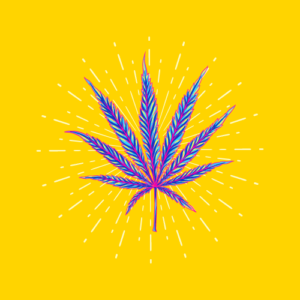