GMO Cake is appropriately made by crossing GMO and Wedding Cake. The plant is resinous, with an alluring scent and a hashy yet dessert-like flavor that takes after the GMO lineage to give the strain a seriously unique palette. GMO Cake is a cultivar that should not be underestimated, as it wields both its Indica-dominant structure and hash-like scent against you. Its beautiful buds are enticing, but the flavors hidden beneath are a powerful acquired taste.

Mamiko Seeds is listed as the original breeder of GMO Cake, though the cultivar was encouraged by Skunk House Genetics, who contributed to its lineage later. GMO being a strong genetic source for this strain, users may be put off by the pungent, trash-like smell of garlic hash and bad breath. That’s the GMO or Garlic Cookies palette for you! It comes with the territory of GMO Cake to have that mixed in and changed by its new terpenes, brought on by its cross with Wedding Cake. As this strain exudes flavors of baked cookies, fresh vanilla, and altogether lightness and sweetness compared to GMO, the result in GMO Cake is a strange up-and-down flavor journey. You’ll be sometimes inhaling vanilla cookies and exhaling a peppery stink of garlic herbs and chemmy hash.

The GMO Cake colas are pretty as pictures, popular among growers for their look and their glistening resin. When it gets close to harvest time, the GMO Cake colas look white with trichomes, with leaves that are such dark green against the pale buds that they almost look black. The strain’s flowers and resin production are well-known among concentrate-makers and cannabis photographers. Basically, the strain’s a looker!

The flavors of the strain are loud, with garlic and vanilla on the inhale, garlic and diesel on the exhale. The strain’s release has been somewhat limited but its Chem and GSC lineage put it in a league with industry favorites. Its effects begin as a stress-relieving high, as aches and pains wander out of your body in the presence of GMO Cake’s strong cerebral influence. People experiencing this strain can’t focus well – they go off on creative whims, happily, drawing, listening to music, whatever they please. We recommend this strain for the later afternoon where feeling like a calmly creative wanderer is an advantage.

Growers and cannabis consumers with little experience may need to take a step back from this garlic-gobbing powerhouse. We don’t even recommend growing GMO Cake unless you’ve had some experience in trellising and pruning as the strain can be temperamental, growing in all directions if left unchecked. However, if you can handle it, its lineage (and pungent flavor) speak for themselves.

Be the first to review “GMO Cake” Cancel reply 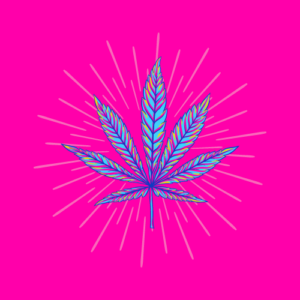