A-Dub is a well-balanced hybrid with a bold, complex flavor. This strain, which was originally bred in California, is a cross between Sour Double and Alien Dawg. With Sour Diesel, Chemdawg, and OG Kush in its list of recent ancestors, A-Dub grants fast-acting potency and is well-suited to a variety of uses. Its impressive THC levels have been measured at between 17% and 30%.

This California-grown strain is distinguished by well-formed flowers that tend to have chunky, irregular shapes. Their structure is indica-influenced, with small leaves that curl tightly inward toward a compact center. The leaves themselves are a bland shade of olive green and are twisted through with orange and brown pistils. A high concentration of cloudy white trichomes cover the inner and outer nooks and crannies of these buds, accounting for their potency.

When properly cured, A-Dub gives off a predominant floral scent with some pleasant accents of lime. Hanging out underneath these scenes is a more dank odor, redolent of damp earth. Grinding up the tight buds, meanwhile, releases powerful fumes of diesel. Given its flavors of musk and gasoline, A-Dub gives off a surprisingly smooth smoke when combusted. This smoke tastes earthy with some hints of citrus on the exhale.

Thanks to its patchwork of genetic influences, A-Dub takes effect fairly quickly and confers holistic brain-body relaxation. At first, smokers may detect a rush of blood to the face, resulting in a pressure around the temples or a flushing in the cheeks; some users also describe an increase in salivation. Once these sensations become more familiar, though, consumers tend to tune into the ways that A-Dub changes their perception. This trippy strain can distort visual and auditory stimuli and may result in some uncanny feelings of time dilation. Those willing to embrace this psychedelic edge can push it even further with media like a moody playlist. A-Dub also grants some cerebral stimulation and may inspire some smokers to embark on a bout of frenetic associative thinking, in which ideas and concepts that might not otherwise hold interest can become fascinating. Such amusing properties can prove some much-needed background entertainment for completing boring tasks like doing the laundry or cleaning dishes. Consumers who are feeling less materially productive, though, are free to space out and enjoy A-Dub’s dreamy nature. As the high progresses, it sends more and more physical relaxation in waves through the core and limbs. Users who may have been active beforehand may suddenly want to sit down, while those who are already relaxed might begin to start melting into their surroundings. This strain’s overall soothing, euphoric character lends itself to upbeat camaraderie and conversation in social settings. Enjoy it with a group of like-minded friends or acquaintances, whether you’re playing board games together or just indulging in a binge-watching session. Because it tapers off from stimulation into lethargic sedation, A-Dub is recommended for use later in the day through the early evening.

A-Dub’s versatility gives it a range of uses for medical cannabis patients as well. Its early feelings of focus can help those with attention deficit disorders to stay tuned in to any tasks at hand. Its mood-altering properties can temporarily relieve the harsh symptoms of mild to moderate stress and depression. Physiologically speaking, A-Dub’s body high can numb deep-seated aches and pains, as well as less serious annoyances like cramps and headaches. Because it can bring about some intense and paranoid patterns of thinking in the wrong circumstances, patients who are prone to panic or paranoia should consume this strain with some caution.

Despite its popularity, seeds of A-Dub do not appear to be available online. As such, those looking to grow it at home should seek out clippings from a trusted source that can be fostered as clones. Once obtained, A-Dub can be grown indoors or outdoors in a warm, sunny, and humid climate. Although there is limited information available on best cultivation practices for this specific strain, its characteristically indica flower suggest that its plants grow short and bushy and may require occasional pruning. This indica lineage also implies a short flowering time of about 9 weeks.

A-Dub is a potent and well-balanced option for some solo introspective time or for a mellow hang session with friends. Its high volume of resin also makes this strain valuable for producing hash and other THC concentrates.

Be the first to review “A-Dub” Cancel reply 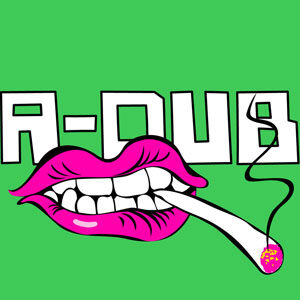