A great strain for creating hash, Anunnaki is an 80% Sativa hybrid conceived by DNA Genetics. The strain was named after a group of Mesopotamian deities that were worshiped by some of the earliest cultures known to man including the Sumerian, Babylonian, Assyrian, and Akkadian cultures. Some believe that Cannabis may have been given to man by the Anunnaki gods. DNA Genetics chose a northern California Hash Plant as the mother a descendant from a landrace hybrid. They crossed that Hash Plant with one of their male Cannalope Haze plants, a mix of Haze and a landrace Mexican Sativa.

Anunnaki tastes fruity and hazy with a large dose of hash. The effects of this strain lift the mind and send it into overdrive. These cerebral effects may help people with mood disorders and anxiety. Some people use it for relief from epileptic symptoms, Alzheimer’s disease, and migraines. It may also stimulate appetite.

This strain doesn’t produce buds until its fifth week of the flowering period, which lasts nine to eleven weeks. Anunnaki shows its Sativa heritage in its height. If grown indoors, it will need to be topped, super-cropped, pruned early, or grown with the Sea of Green technique. If grown outside, Anunnaki is ready for harvest at the end of September or beginning of October. This strain may yield as much as 600 grams per square meter.

Be the first to review “Anunnaki” Cancel reply 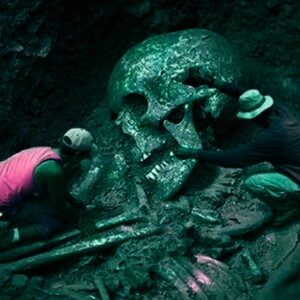